In the 2013-14 academic year, 46 percent of students who completed a four-year degree were enrolled at a two-year institution at some point in the previous 10 years.

The Role of Two-Year Institutions in Four-Year Success

*Students were considered enrolled at two-year institutions if they had at least one full-time or part-time enrollment at a two-year institution prior to the four-year completion date. Note: The state shown is the state in which the degree was awarded. The prior two-year enrollments may have occurred in any state. The institution levels are based on 2013 IPEDS institutional characteristics, with the Florida College System being the only exception. The 28 schools in that system offer four-year degrees, but all are categorized as two-year institutions for this analysis, meaning their enrollments are counted as contributing to four-year awards elsewhere, but their own awards are not counted in the denominator. This is in keeping with their traditional role as a primary point of access to higher education. 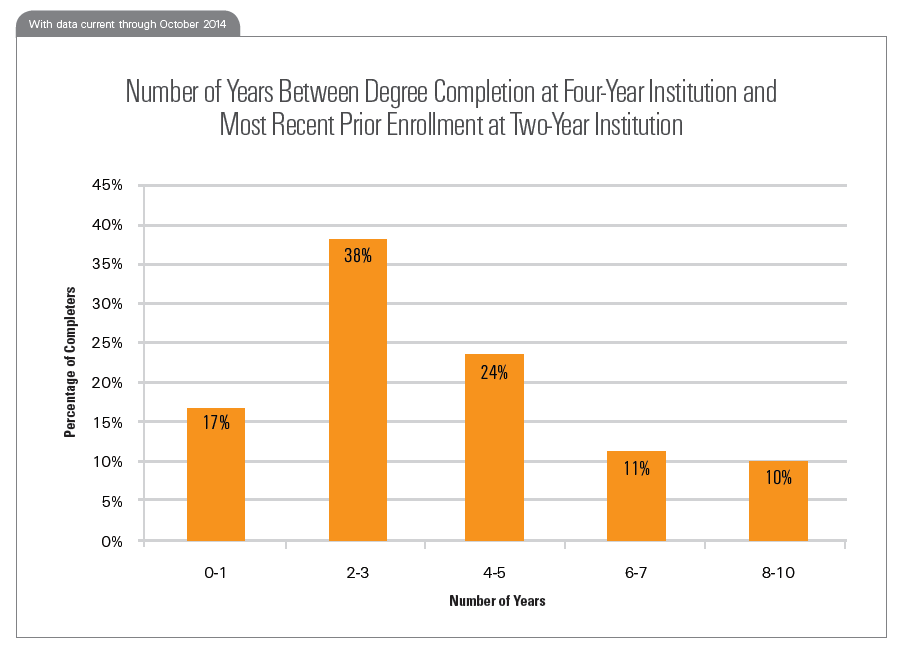 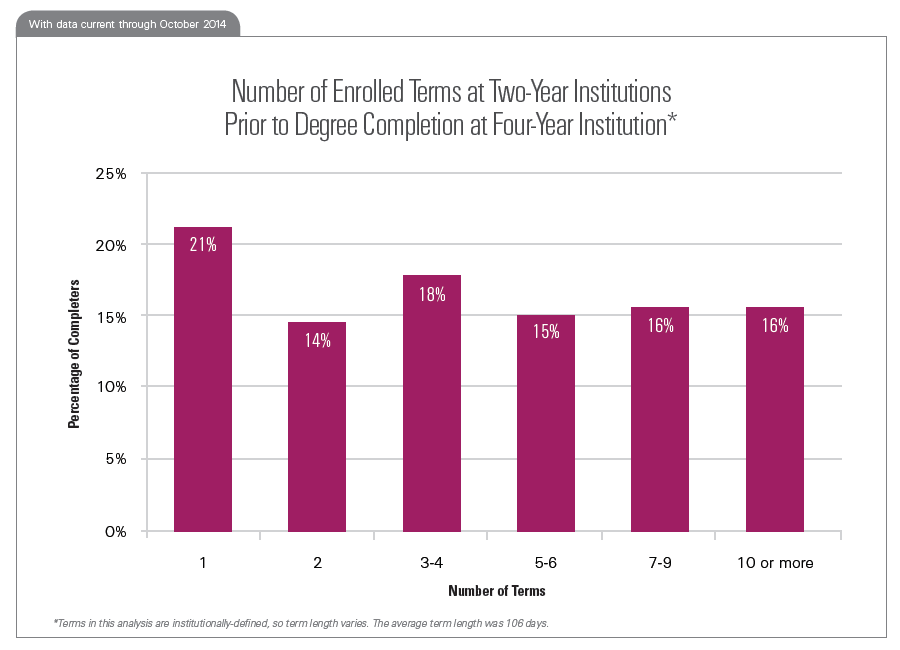 *Terms in this analysis are institutionally-defined, so term length varies. The average term length was 106 days.